Stay up-to-date with our articles, news, events and more
most popular

MWC19 Recap: Where is the Mobile-First World Moving?

The Epom team has come back to our cozy office in Kyiv from sunny Barcelona where we spent 4 days at the record-breaking mobile show Mobile World Congress. What are our key takeaways from #MWC19 and where is the mobile-first world heading in 2019? Read our round-up of the hottest innovations and highlights that are delivered straight to you from the MWC halls.

From month to month, Barcelona attracts thousands of tourists with its stunning views, spectacular streets, and of course, Gaudi's masterpieces. Well, except for the last days of February. For years Barcelona has been the host of the biggest mobile conference in the world and this is the reason why all the major tech companies and their teams flood the city towards the end of winter.

This year Mobile World Congress gathered more than 109 000 visitors from over 198 countries and territories in the hospitality space of Fira Gran Via. Over 2400 companies got a chance to showcase their latest developments, products, and services. 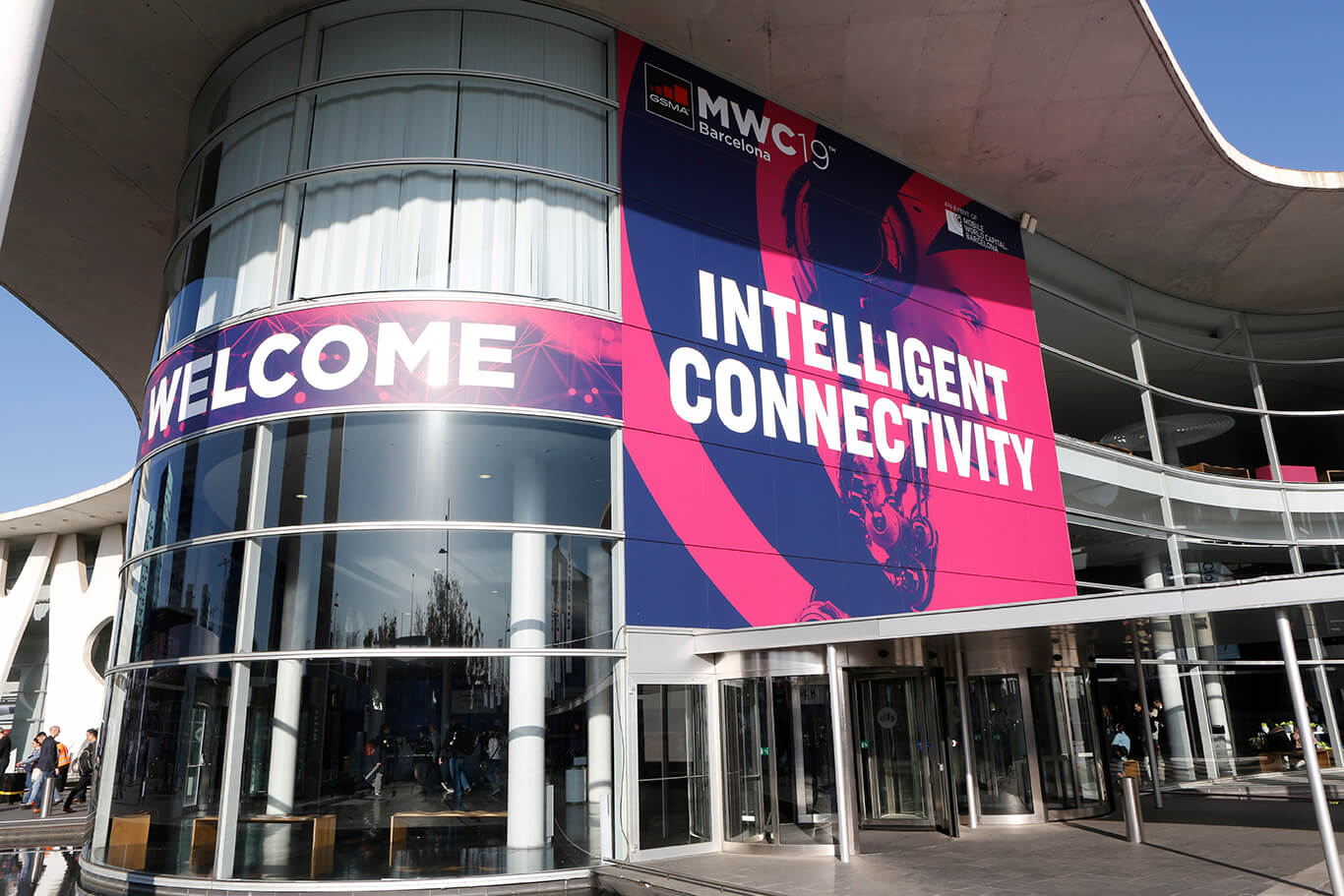 Epom couldn't miss the top gathering in the mobile industry, so we showed up ready, and exhibited in hall 8.1. We sincerely thank all of you who went by our booth and stopped for a chat. 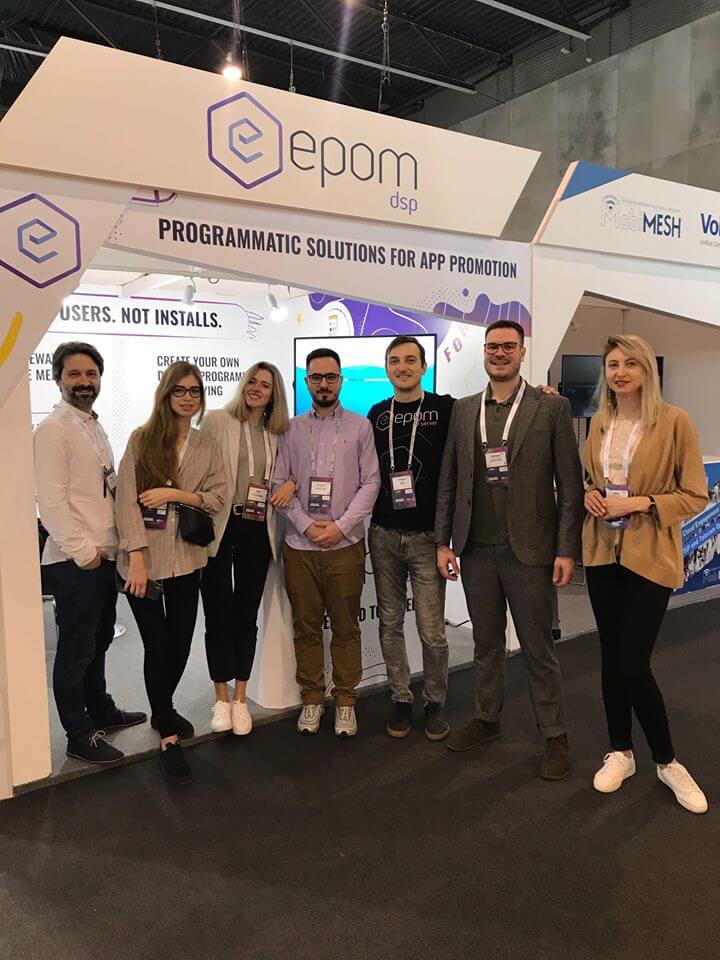 However, the MWC is not just an event to meet partners and see what is going to happen next in the mobile-first world. It's a place where attendees become the first to touch the future through innovative technologies. The MWC presented dozens of inventions that are worth global attention, and there are some that will surely change the way we interact with our mobile devices. Are you ready for the future?

Foldable smartphones: are they real?

Yes, they are. A few days before the MWC Samsung released its futuristic foldable smartphone, the Samsung Galaxy Fold. The device consists of two inner screens that transform into a tablet after the user opens it. MWC attendees were lucky enough to see the newest development from Samsung, but unfortunately, not able to touch it. The most anticipated smartphone of the event was showcased under glass (what a pity!). 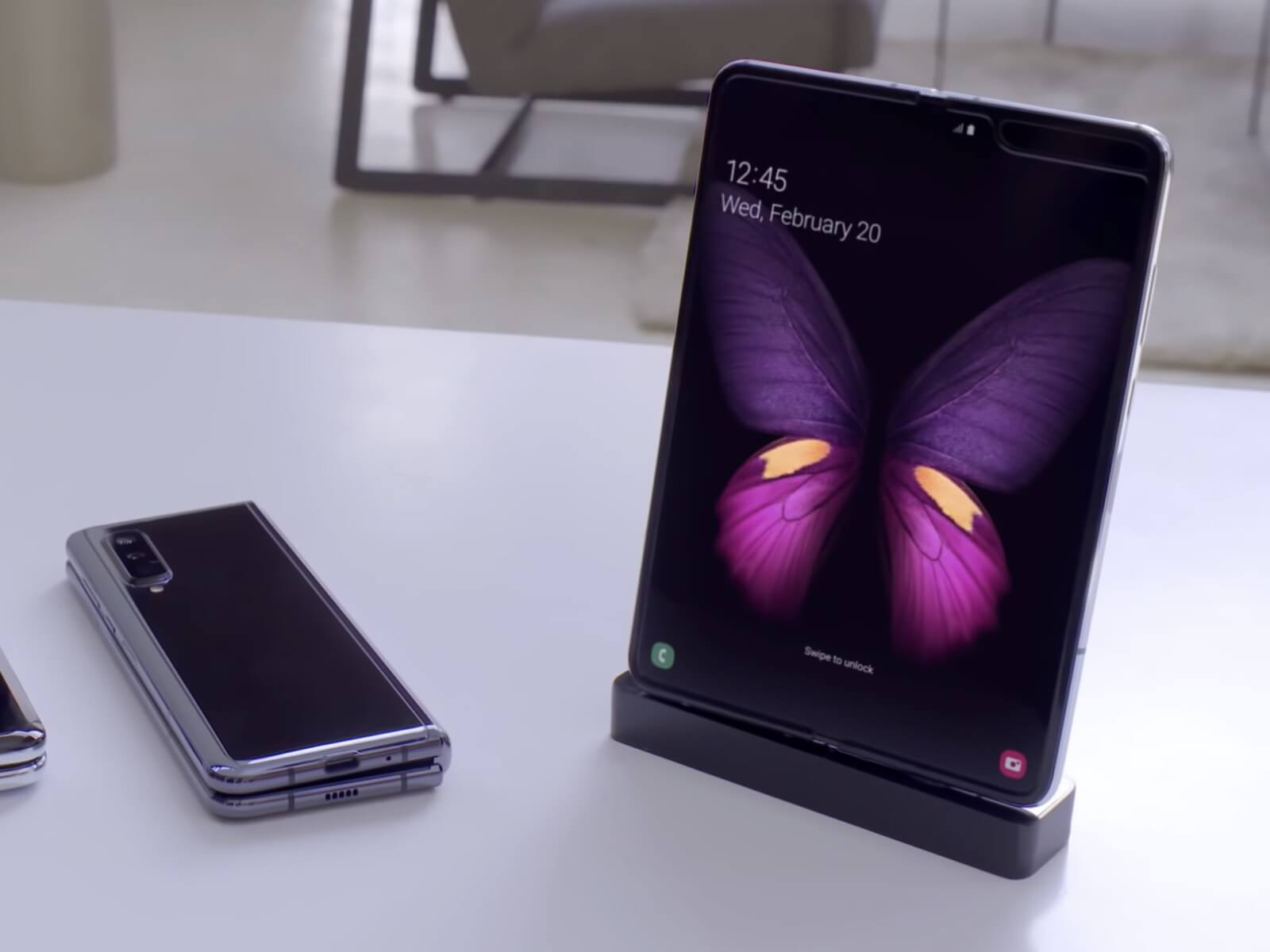 Huawei debuted another foldable smartphone, Huawei Mate X. Unlike the Samsung Galaxy Fold, Huawei Mate X boasts two outer screens that turn into a tablet after opening. With its stunning design, Huawei Mate X gives us a glimpse of how smartphones are going to look like in the future. After seeing it for the first time, you would definitely want to buy one, until of course, you hear how much it costs (€2299 😱). 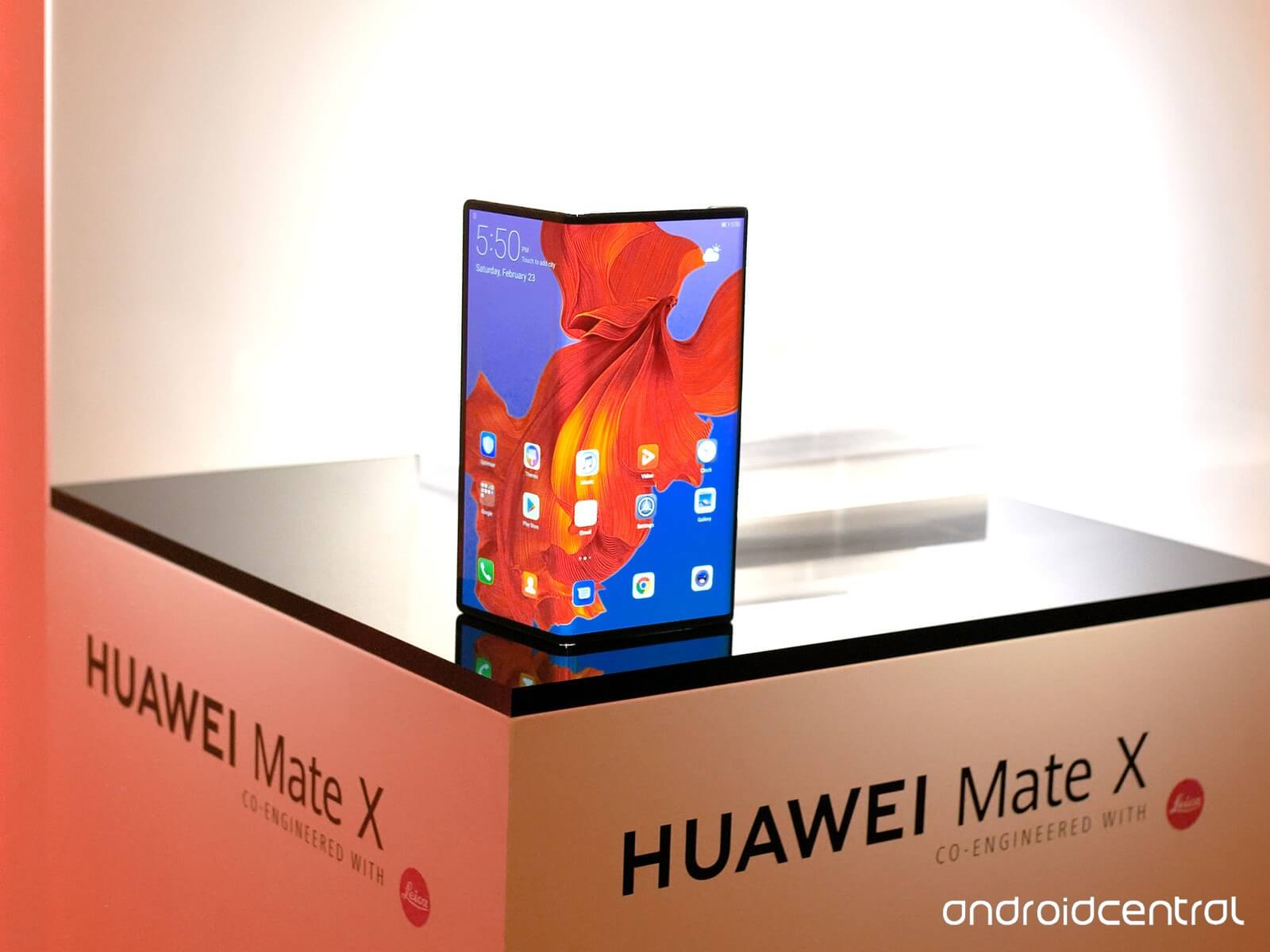 Even though all eyes were on folding phones from Samsung and Huawei there were also a few more interesting newcomers. SONY introduced its Xperia 1 smartphone that allows filming high-quality movies by yourself. The 21:9 size of the screen ensures that you watch full-screen videos and it will immerse you into everything that happens on the screen.

Nokia 9 PureView (yes, Nokia!) presented a brand new smartphone with 5 cameras (2 colored and 3 black-and-white). The device puts images from all of the cameras one over another to guarantee the highest quality photos.

5G: meet the most intelligent connection

The main topic of #MWC19 was Intelligent Connectivity that aspired to bring 5G connection to the front and center of the event. And it was hard to find a stand without a luminous 5G sign on it. 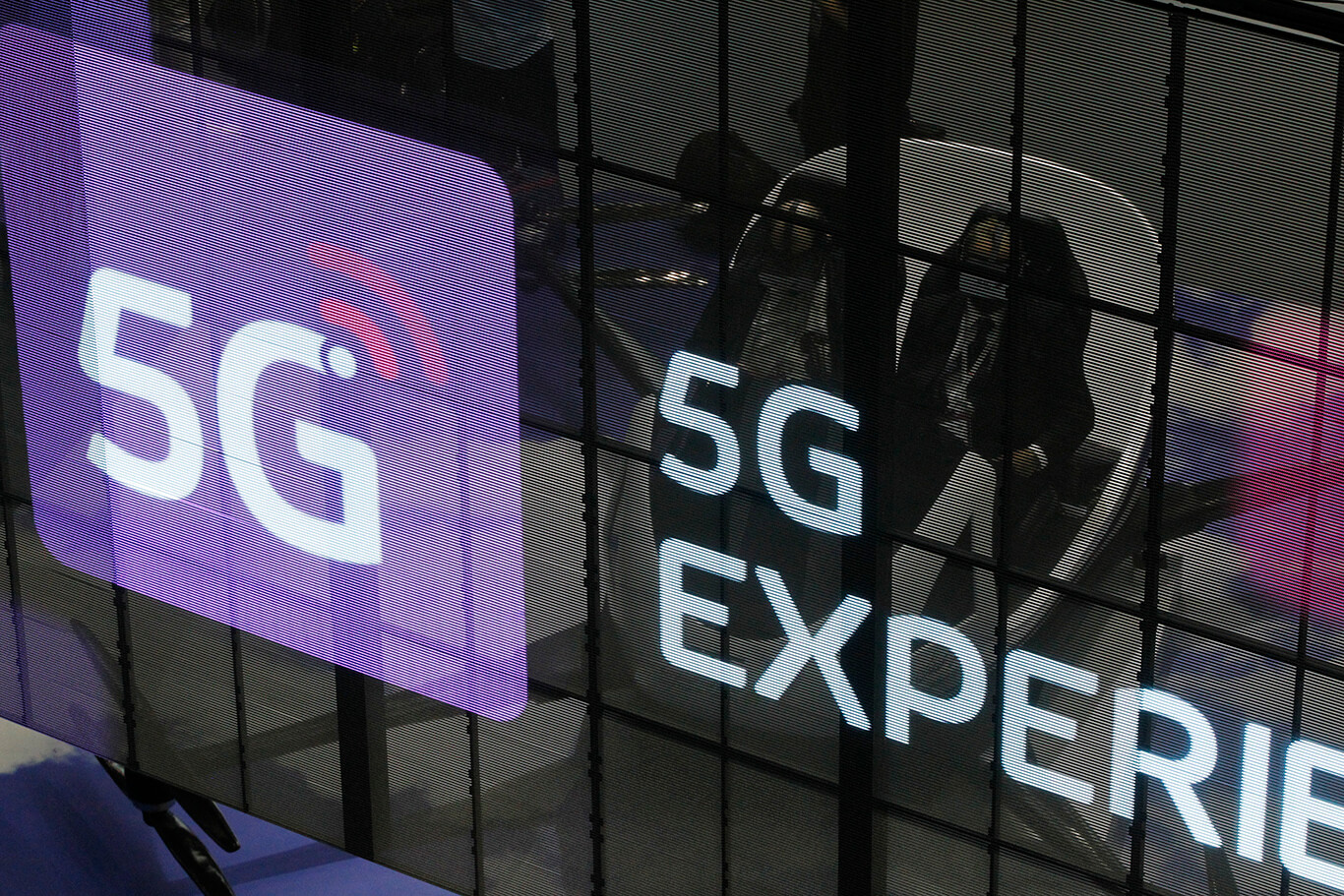 For the moment, it's hard to predict when 5G will become a new reality as many countries are still on their way to the adoption of 4G. However, the world is rapidly moving to the fastest and smartest mobile communication we've ever experienced, and South Korea is the trailblazer here. Samsung was the first to debut its 5G version of Galaxy S10 with 4500mAh battery.

New 5G devices will allow leveraging mobile ad formats and monetization opportunities as well as get more exciting data from the network.

It was predictable that technologies will continue their integration into our everyday lives. The rapid uptake of voice assistants and smart gadgets proves that we don't mind putting some of our daily routines onto the shoulders of mobile tech.

From intelligent Oral-B toothbrushes to grass-cutter robots, MWC gave everyone a chance to test-drive even the most unexpected inventions.

Check out this Nubia wearable smartphone that wraps around the wrist and takes you to yet another level of your interaction with mobile devices. 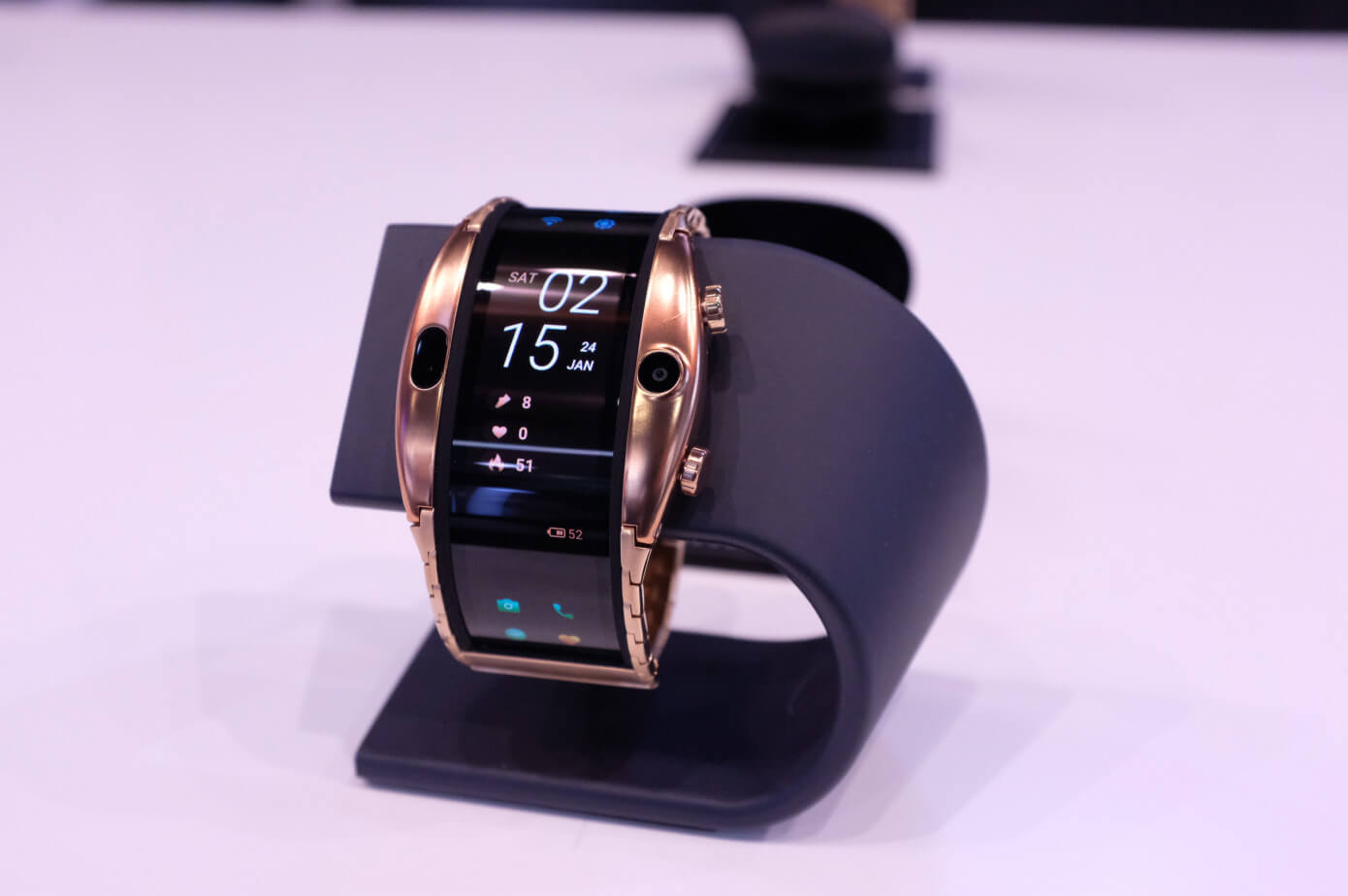 The next level of AR/VR technologies

Just as we expected, VR and AR are still living in their glory days. The virtual reality technologies gained better visual effects. In hall 3 the HTC company built a whole VR village to escape the reality and play immersive games in VR glasses. After we visited the HTC stand for the first time it was quite hard to make ourselves work instead of exploring alternative realities with HTC. 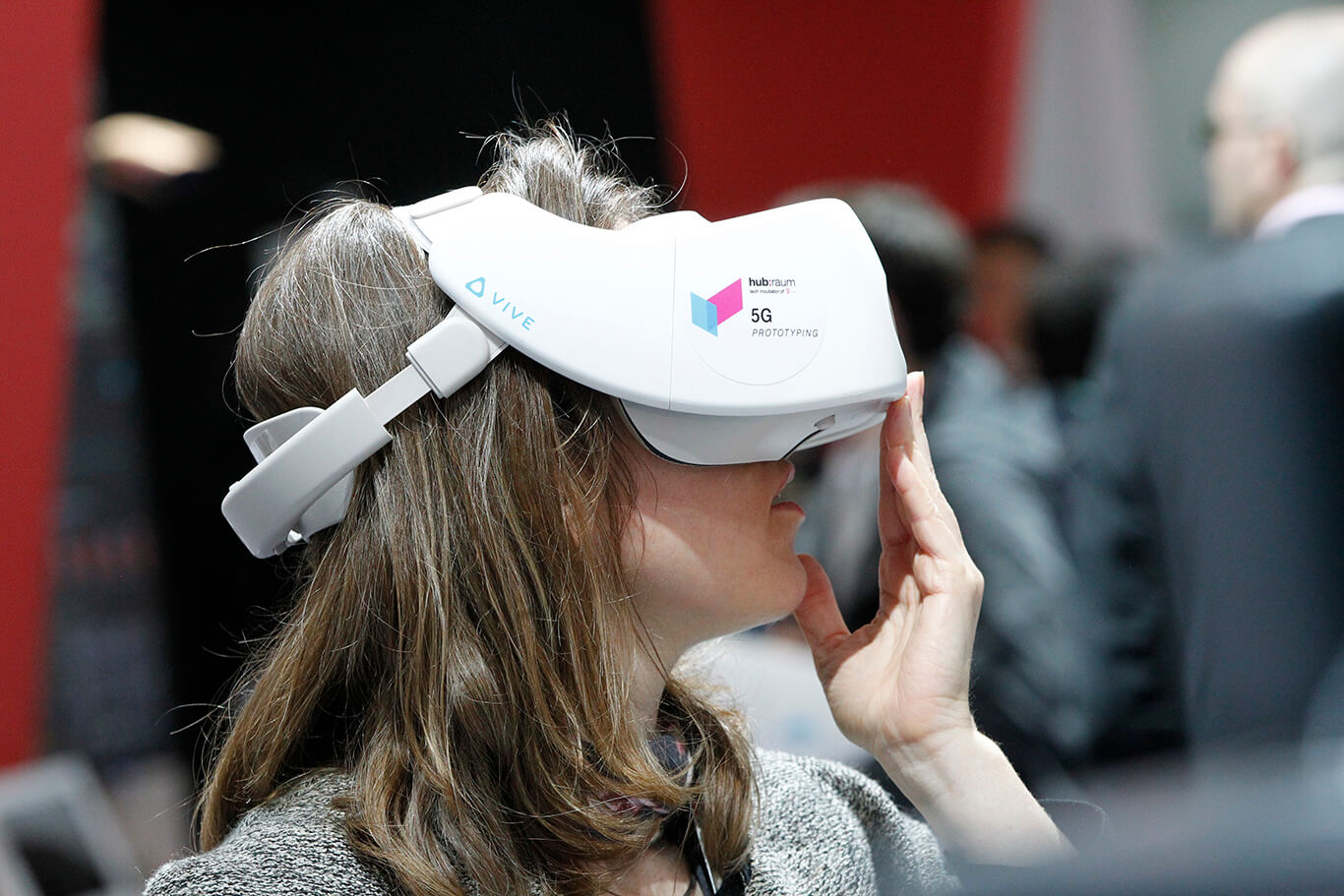 Nokia presented a serious VR project for building smart, sustainable and safe cities around the world.

Even though most attention was on hall 3, there was also great buzz (and cocktails) happening in hall 8.1. This part of the venue gathered companies doing marketing, analytics and software for mobile tech. We have to admit that despite some slight changes in the industry, most trends remained the same.

During our 4 days of intensive exhibiting and networking the most of the talks were centered around:

Every year MWC in Barcelona kickstarts the wind of changes. Let's see how new mobile technologies and devices change our lives in 2019.

Get a self-serve account at Epom Market DSP to start buying mobile web, in-app or video traffic within minutes.

Stay up-to-date with our articles, news, events and more
I'm a Publisher and want to monetize my traffic
I'm an Advertiser and want to promote my product